Exercise 1 follows by just drawing out the diagrams for the product and the pullback: they end up being the same diagram and the same UMP.

Exercise 2 a): is monic iff ; the diagram is a pullback iff for all and with , have such that .

Exercise 2 b): We can draw the cube line by line, checking that each pullback arrow exists, and ending up with a diagram.

Exercise 3: Let with . Then ; while labelling the unlabelled arrow in Awodey’s diagram , have because the diagram commutes. But by monicness of , have . By the UMP of the pullback, there is a unique arrow which arises such that and , and so . Likewise (since and ). Hence .

Exercise 4: One direction is easy. Suppose . Let . Then so .

Conversely, suppose by means of , and gives . Then lifts to , and the entire diagram commutes as required.

Exercise 5 is apparently a duplicate of Exercise 4.

Exercise 6 is very similar in shape to some things we’ve already proved. Let be such that . We need to find such that . Since , the arrow by is equal to the arrow given by ; so by the UMP of the pullback, there is with . That’s all we needed.

Exercise 7: we need to show that is a limit for . Equivalently, we need to show that the representable functor preserves products and equalisers, so let be a product in . I claim that by , and likewise , form a product. Indeed, let and . Then is of the form for all , so there is a unique corresponding for each . This therefore constructs a product.

Now the equalisers part. Let equalise , and write for the images of under the representable functor. Let be such that . We need to lift over . For each , we have an arrow in ; this has , so lifts to unique . This specifies a unique morphism as required.

Exercise 8: It seems intuitive that partial maps should define a category. However, let’s go for it. There is an identity arrow - namely, the pair . This does behave as the identity, because the pullback of the identity with anything gives that anything. The composition of arrows is evidently an arrow (because the composition of monos is monic). We just need associativity of composition, which comes out of drawing the diagrams of what happens when we do the triple composition in the two available ways. We can complete each of the two diagrams using the two pullbacks lemma, as in the picture. 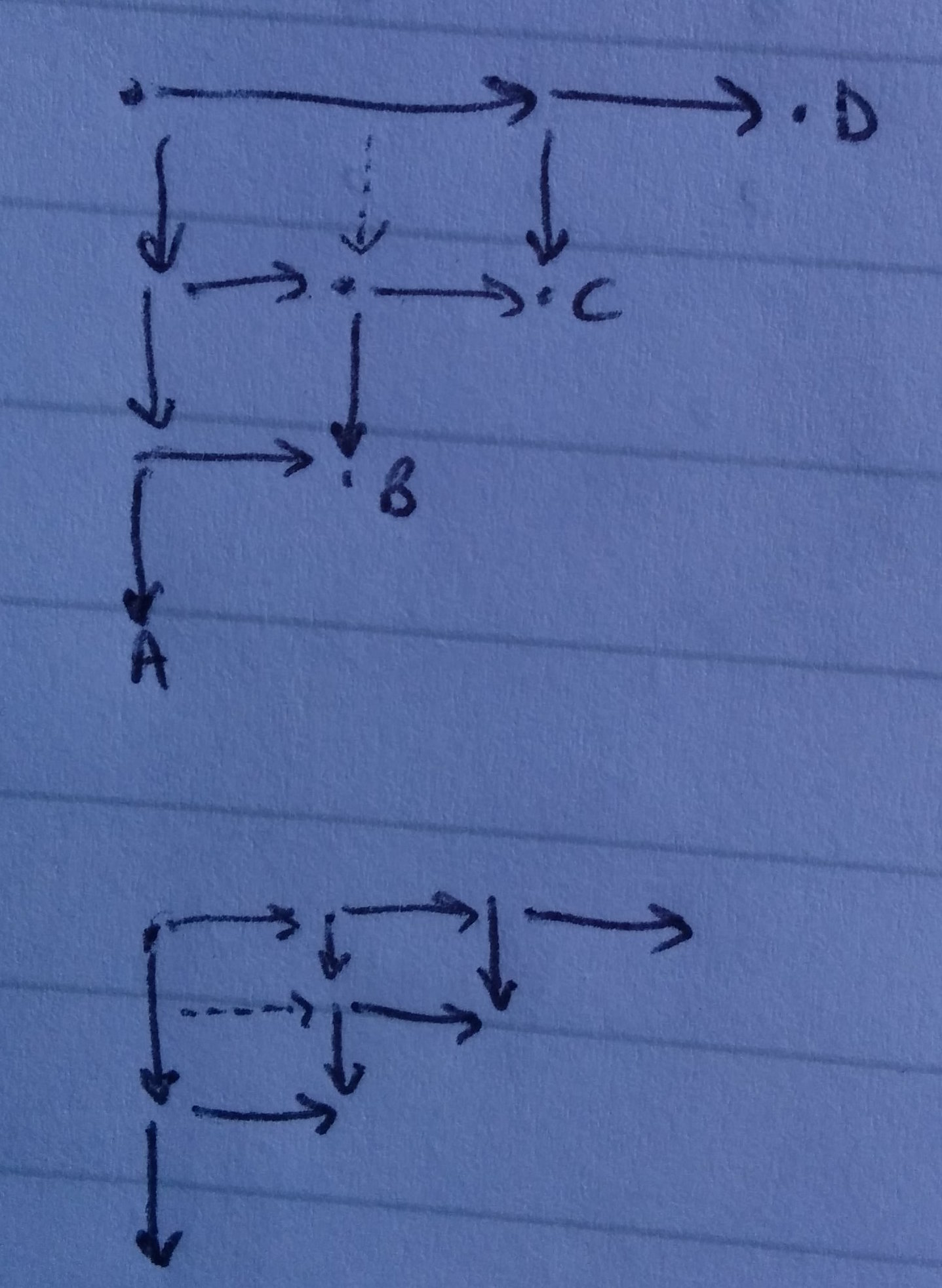 The map given by is a functor: it respects the identity arrow by inspection, while composition is respected by just looking at the diagram. It is clearly the identity on objects, by definition of the partial-maps category. 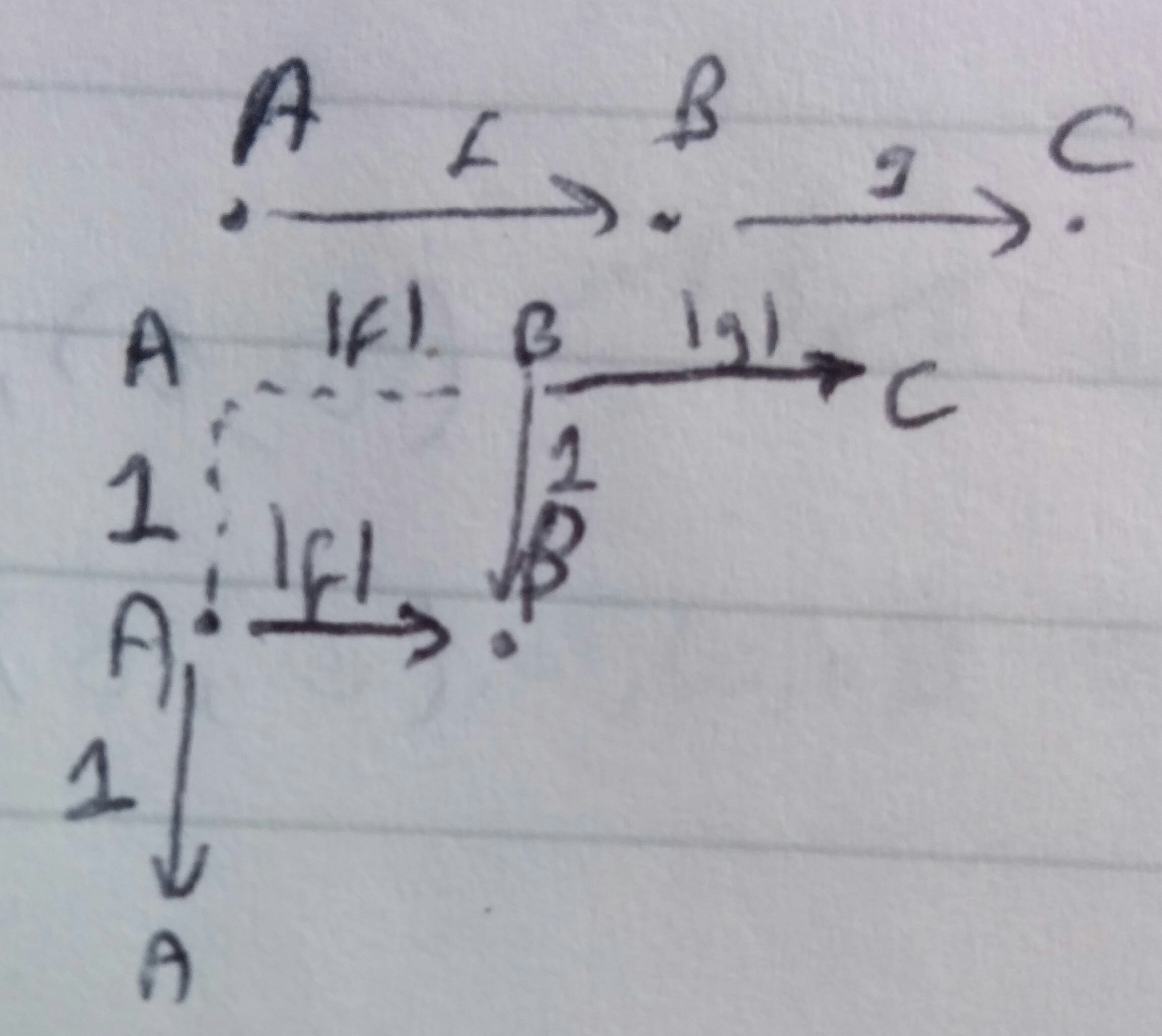 Exercise 9: Diagrams is a category: identity arrows are just identity arrows from the parent category; the composition of commutative squares is itself a commutative square (well, rectangle); composing with the identity arrow doesn’t change anything. Taking the vertex objects of limits does determine a functor: it takes the identity arrows to identity arrows because taking a diagram to itself means taking its unique limit vertex to itself. It respects domains/codomains, because… well, it just does: if in Diagrams, then is uniquely specified to go from limit-vertex 1 to limit-vertex 2. (By the way, the intuition for what an arrow in this category is, is the placing of one diagram above another with linking arrows between the objects.) Better justification: there is a unique morphism between the limit vertices, because we can use the arrow to determine a collection of morphisms from one limit vertex to the other making into a cone for .

The last part follows because is isomorphic to . Sets has all limits, so the theorem holds, and hence there is a product functor. This seems a little nonrigorous, but I can’t put my finger on why.

Exercise 10: we’ve already seen this. I’ll state it anyway. The copullback of arrows and is the universal and arrows such that for any with , there is a unique with , as in the diagram. 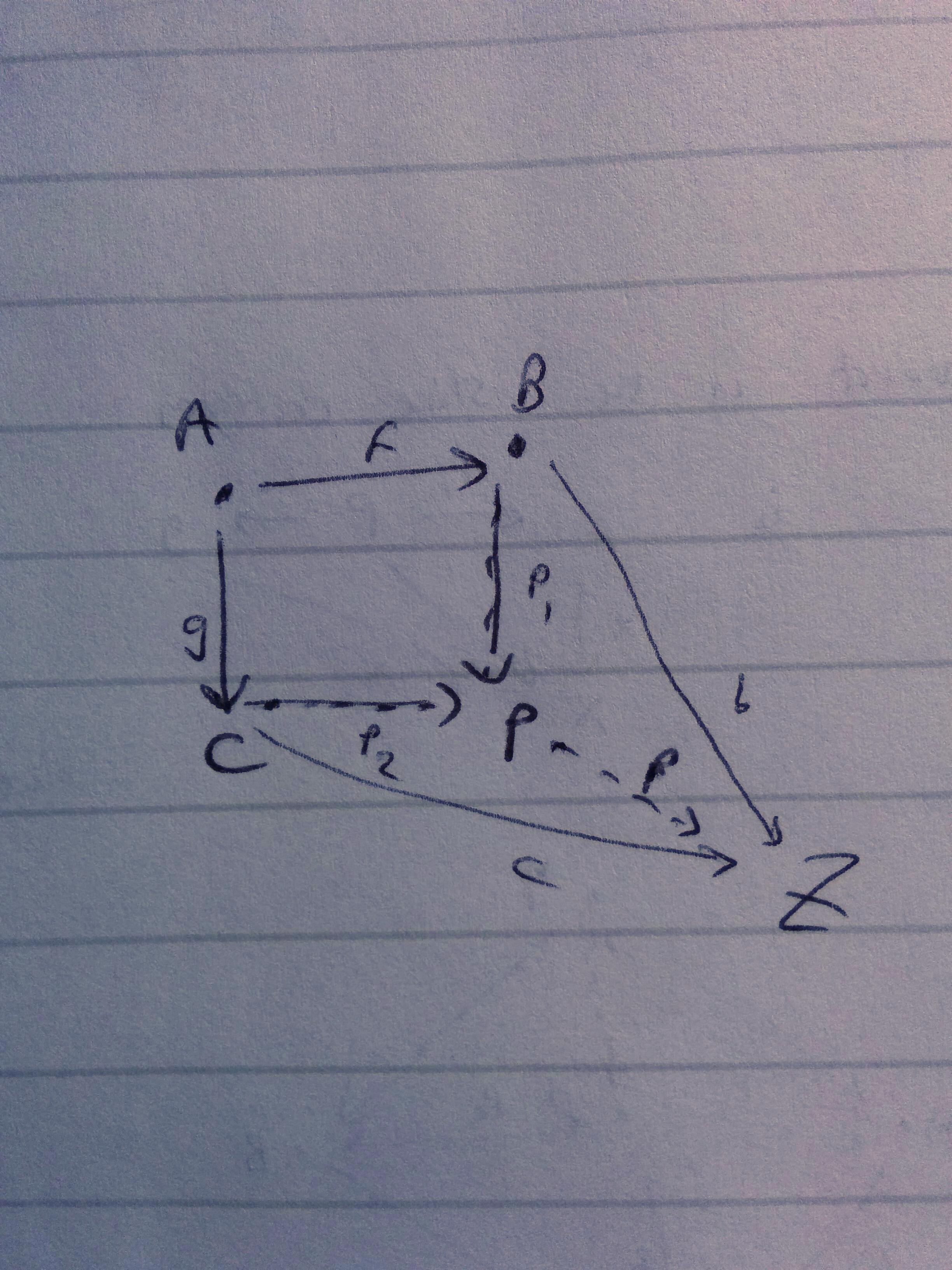 The construction of a pushout with coequalisers and coproducts is done by taking the coproduct of and , and coequalising the two sides of the square.

Exercise 11: To show that the diagram is an equaliser, we need to show that any , which causes the two to be equal, factors through . Any is a selection of subsets of for each element of ; the condition that it equalises is exactly the same as saying that if we take the -inverse image and the -inverse image of the result, then we get the same subset of . Can we make it assign an indicator function on ? We’re going to have to prove that maps only into unions of equivalence classes, and then the map will descend.

OK, we have “for each element of , we pick out a subset of which has the property that finding everything which that subset twiddles on the left, we get the same set as everything which that subset twiddles on the right”. Suppose an element is in the image of . Then we must have the entire equivalence class of in the image set, because but . These can’t be equal unless the only thing in the equivalence class is . The reasoning generalises for when more than one thing is in the image set, by taking appropriate unions. Therefore the map does descend.

Exercise 12: the limit is such that for any cone, there is a unique way to factor the cone through the limit. What is a cone? It’s a way of identifying a subshape of every element of the sequence, such that all other subshapes also appear in this limit subshape. But the only shape in is , so the limit must be isomorphic to .

The colimit must be . Indeed, a cocone is precisely an identification of a subset which contains an -wellordered subset, and the colimit is the smallest -well-ordered subset.

I then had a clever but sadly bogus idea: the second diagram is the same as the first but in the opposite category. Therefore by duality, we have that colimits <-> limits, so the limits and colimits are indeed abelian. This is bogus because the opposite category of Monoids is not Monoids, so we’re not working the right category any more.

Some on Stack Exchange gave a cunning way to continue, considering involutions . I don’t know if I’d ever have come up with that.

Exercise 13 b): now they are all finite groups. The limit of the is , so this certainly has the “all elements have orders” property. The colimit of the is , so likewise. The colimit of the : every element appears in some (and all later ones) as above, and it must have an order in those groups, so it has an order in too (indeed, each is a subgroup of ). The limit of the : what about , each arrow being the quotient by the first coordinate? No, the limit of that is in which every element has order 2. If we use instead? Ugh, I’m confused. I’ll leave this for the moment and try to press on. If it becomes vital to understand limits in great detail in the time left before my course starts, I’ll come back to this.