I recently saw a problem from an Indian maths olympiad:

There is a very quick solution, similar in flavour to that famous dominoes puzzle. However, I didn’t come up with it immediately, and my investigation led down an interesting route.

It is easy to see that given a matrix of \(1\) and \(-1\), we have \(f, g\) unchanged on reordering rows and columns, and on taking the transpose. This leads to a very useful lemma: \(f, g\) are unchanged if we negate the corners of a rectangle in the matrix.

The idea then occurs: perhaps there is a normal form of some kind?

Repeat this procedure until there are no rectangles with three or more corners -1. (Note that we might get a different answer depending on the order we do this in!) A Mathematica procedure to do this (expressed in a very disgusting way) is as follows.

Notice that columns which contain more than one -1 must not overlap, in the sense that no two columns with more than one -1 may have a -1 in the same row. Indeed, if they did, we’d have a submatrix somewhere of the form {{-1, -1}, {1, -1}}, which contradicts the “we’ve finished flipping” condition. Hence we may rearrange rows so that all -1’s appear together in contiguous columns.

We may then rearrange columns so that reading from the left, we see successive columns with decreasingly many -1’s. Rearrange rows again so that they appear stacked on top of each other. 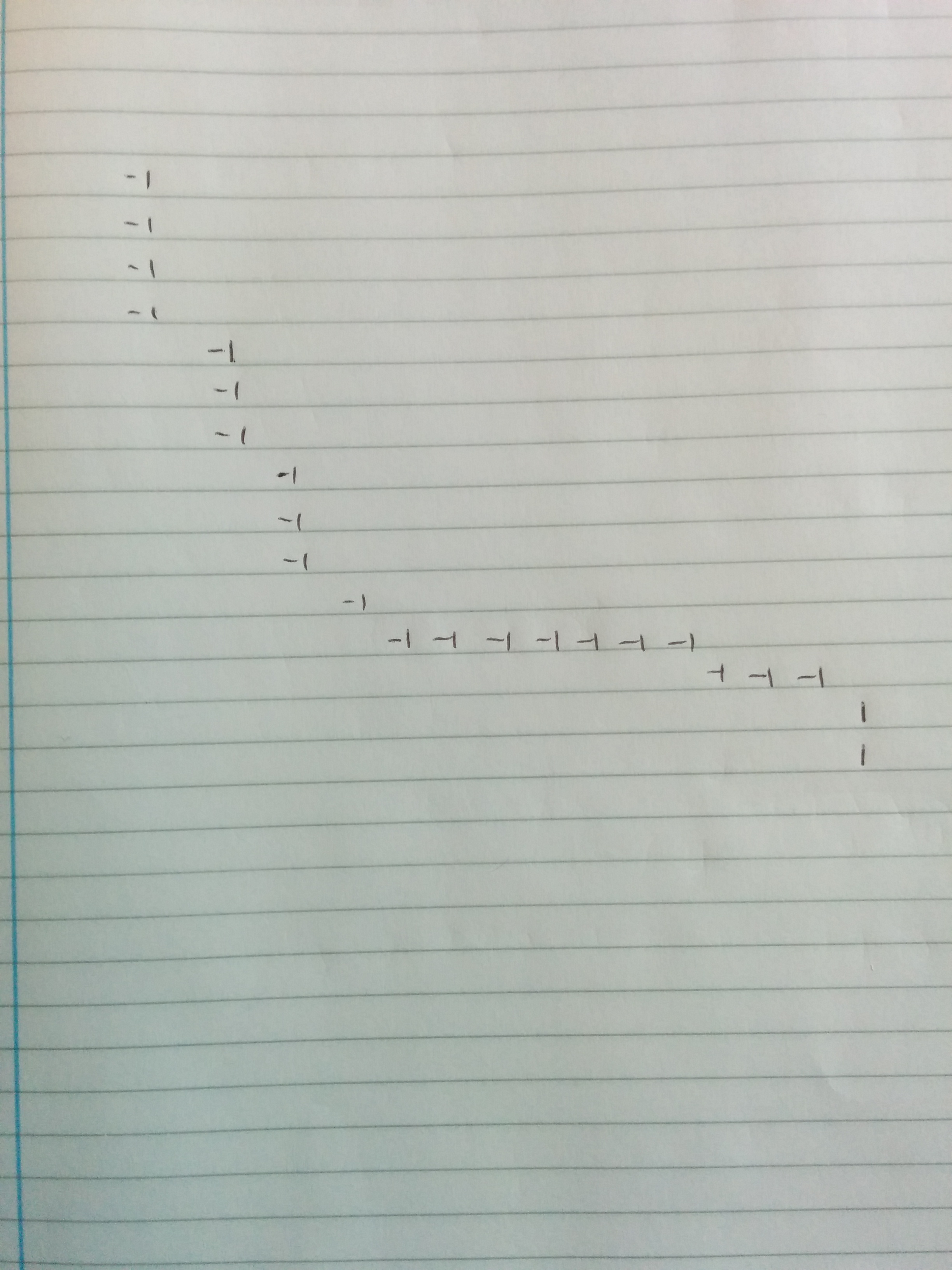 We’ve ended up with a normal form: columns of -1’s, diagonally adjoined to each other, followed by rows of -1’s. (The following Mathematica code relies on the fact that SortBy is a stable sort.)

This suggests a further improvement to the normal form: by flipping in this way, we may insist that any column of -1’s, other than the first, must contain only one -1. Indeed, if it contained two or more, we would flip two of them into the first column, rearrange so that all columns were contiguous -1’s again, and repeat.

What does our matrix look like now? It’s a column of -1, followed by some diagonal -1’s, followed by a row of -1. We’ll call this the canonical form, although I’ve still not shown uniqueness. 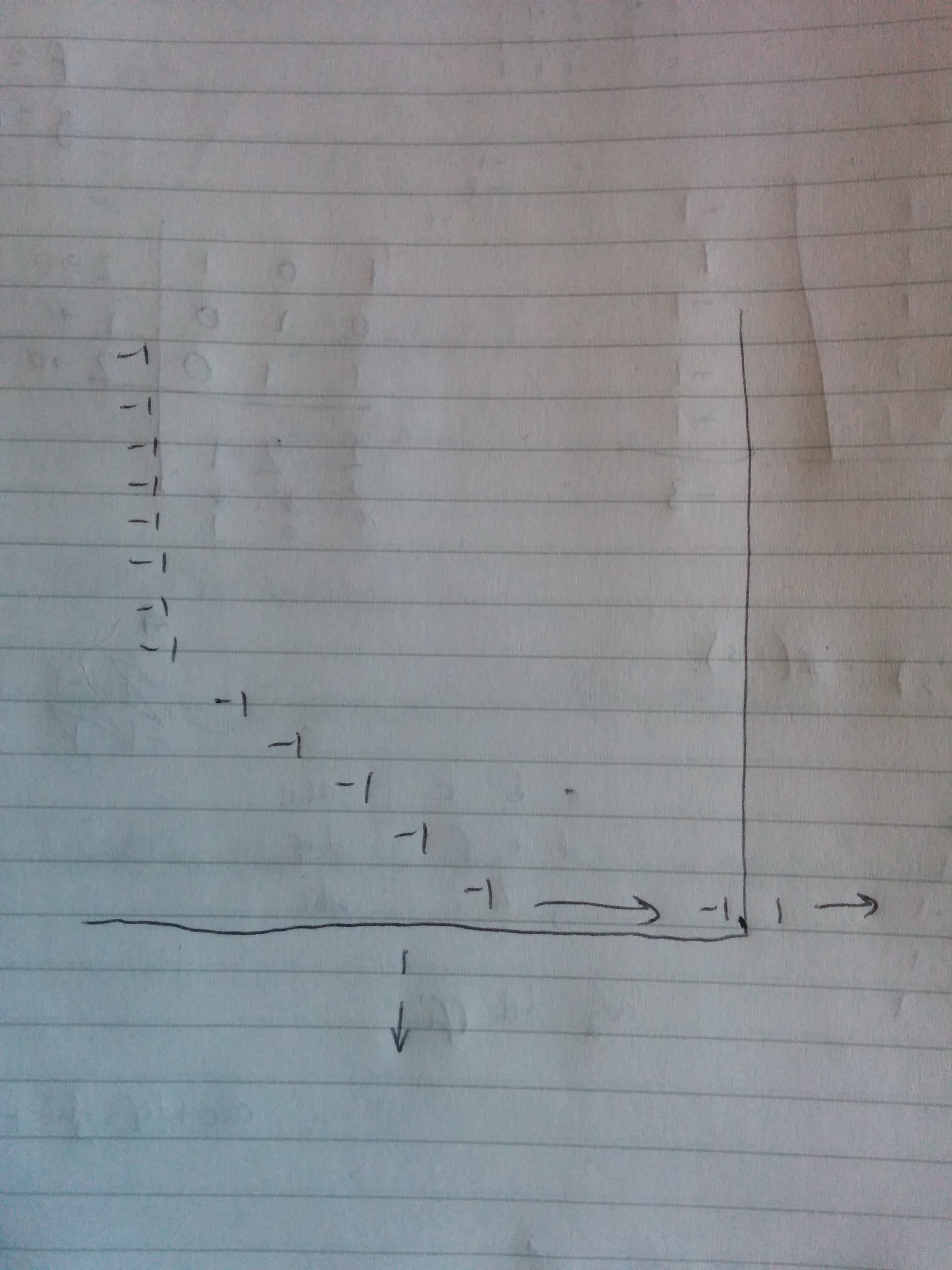 The problem then becomes: given a matrix in canonical form, show that \(f+g\) cannot be 0.

Once we had this canonical form, it was easy to find \(f, g\) and therefore analyse the behaviour of \(f+g\). Next steps: prove that canonical forms are unique (perhaps using the fact that \(f, g\) are invariant across forms, and showing a result along the lines that any two canonical forms with the same \(f, g\) must be equivalent). I won’t do that now.