It’s easy enough to check that this is a monad. We have a theorem saying that every monad has an associated “Eilenberg-Moore” category - the category of algebras over that monad. What, then, is the E-M category for this monad? 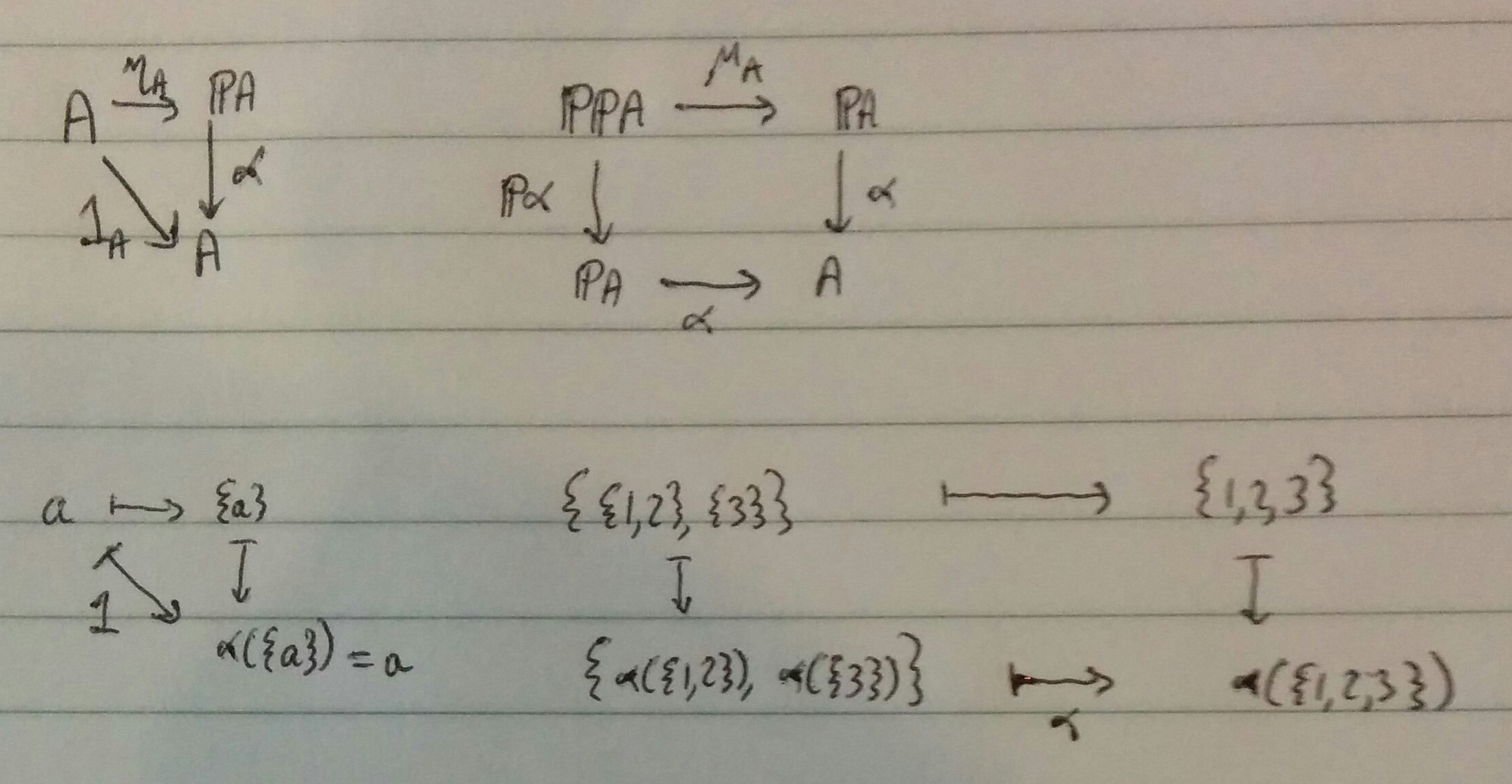 Aha! The second diagram says that the operation \(\alpha\) is “massively associative”: however we group up terms and successively apply \(\alpha\) to them, we’ll come up with the same answer. Mathematica calls this attribute “Flat“ness, when applied to finite sets only.

Moreover, it doesn’t matter what order we feed the elements in to \(\alpha\), since it works only on sets and not on ordered sets. So \(\alpha\) is effectively commutative. (Mathematica calls this “Orderless”.)

The first diagram says that \(\alpha\) applied to a singleton is just the contained element. Mathematica calls this attribute “OneIdentity”.

So what is an algebra over this monad? It’s a set equipped with an infinitarily-Flat, OneIdentity, commutative operation which ignores repeated arguments. If we forgot that “repeated arguments” requirement, we could use any finite set with any commutative monoid structure; the nonnegative reals with infinity, as a monoid, with addition; and so on. However, this way we’re reduced to monoids which have an operation such that \(a+a = a\). That’s not many monoids.

Have we by some miracle got every algebra? If we have an arbitrary algebra \((A, \alpha)\), we want to define a complete poset which has \(\alpha\) acting as the union. So we need some ordering on \(A\); and if \(x \leq y\), we need \(\alpha({x, y}) = y\). That looks like a fair enough definition to me. It turns out that this definition just works.