I’ve written a blurb about what a modular machine is (namely, another Turing-equivalent form of computing machine), and how a Turing machine may be simulated in one. (In fact, that blurb now contains an overview of how we may use modular machines to produce a group with insoluble word problem, and how to use them to embed a recursively presented group into a finitely presented one.)

This is as part of my revision process for the Part III course on “Infinite Groups and Decision Problems”. It’s probably more comprehensible if you already know what a modular machine is. Below are some notes which are handwritten, because I needed to draw pictures easily; the linked notes are typeset but might be less legible. 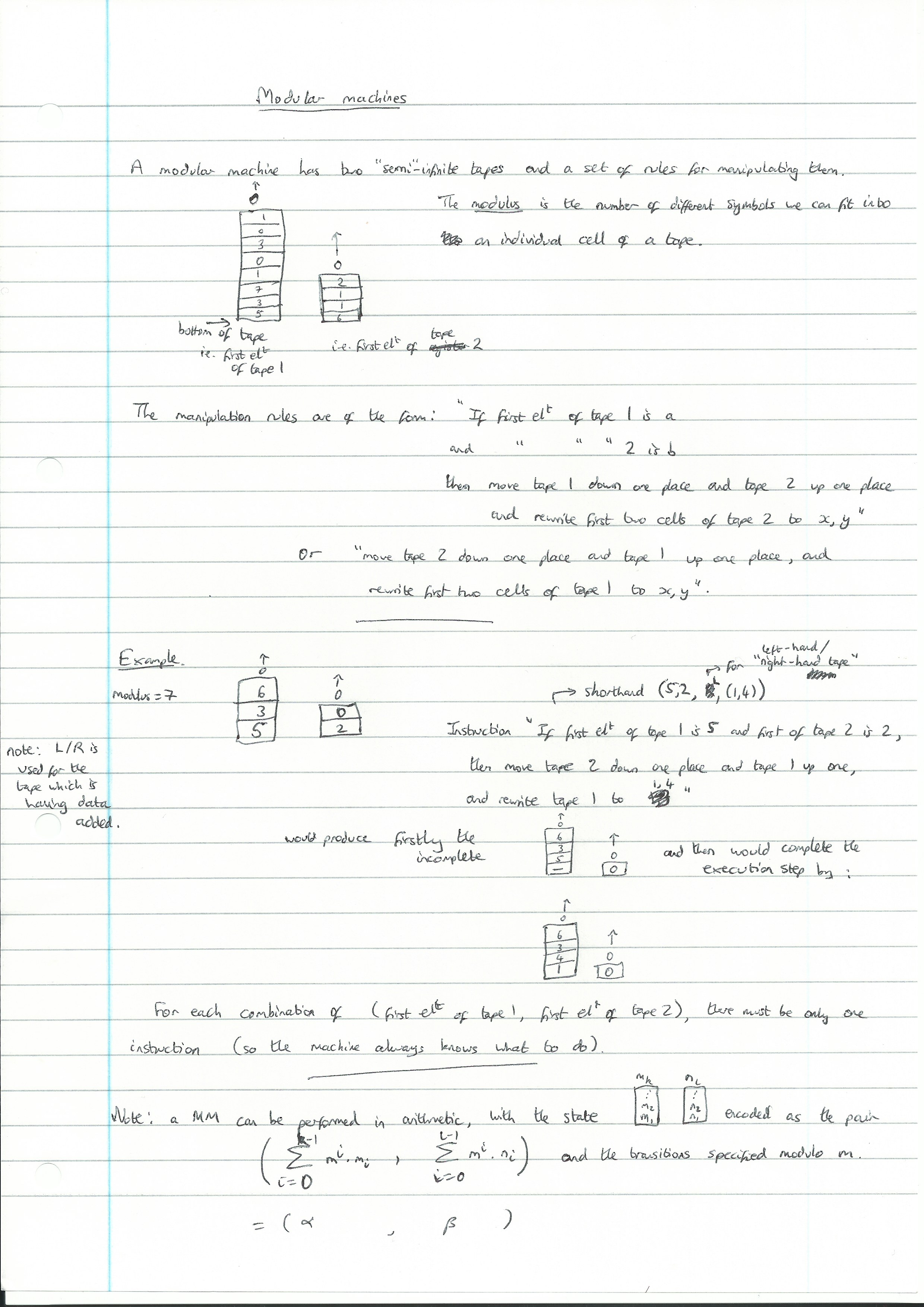 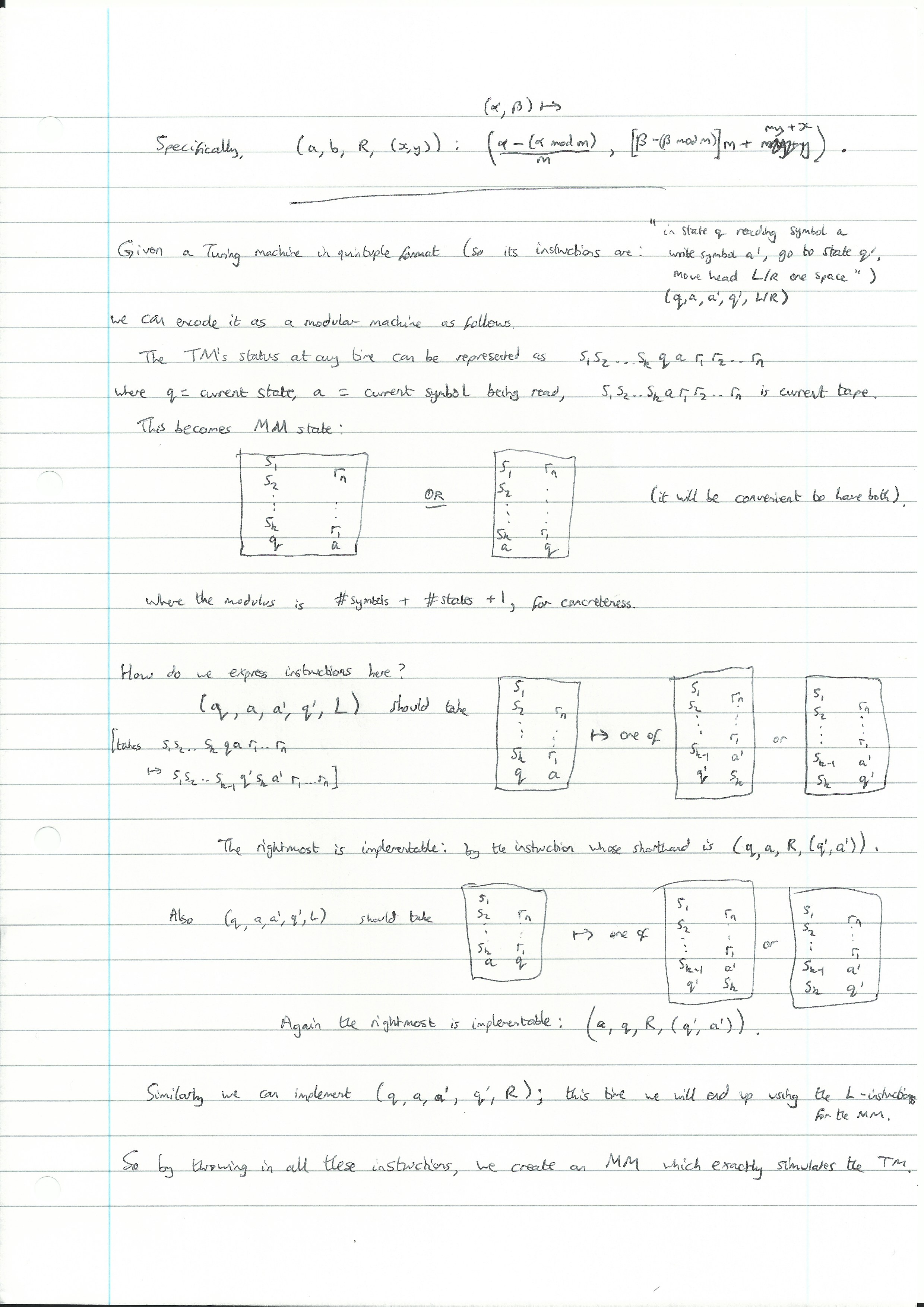